Libraries are the ultimate encyclopedia. They contain all the information there is to learn. They provide us with literature to bolster our creativity and resources and services to make our everyday lives just a little bit easier. They were the world wide web before it became cool.

On Nov. 7, my home of New Jersey had the chance to further support its libraries. The 2017 election contained a ballot initiative for the state to issue $125 million in general obligation bonds. Revenue from this issuance would be used exclusively for libraries to help expand and modernize libraries. Thankfully, the initiative passed. This can only help our communities because the benefits of a library are endless. The limit simply does not exist.

Think about it: Without libraries, we’d be broke from buying books (though I do support the business) or we just wouldn’t read, a thought I cannot bear. We’d be unable to fulfill our civic duties thanks to voter registration resources, unable to access public information and tax forms, unable to educate ourselves on topics such as finance, physics, etc. And some Jersey City citizens wouldn’t be able to knit with fellow knitters every Wednesday night thanks to a weekly library event.

I know what you’re thinking: That’s what the internet is for. Yes, everything can be found online, but thinking everyone has that type of access is naive. Once while working from home, my internet went out, but the library provided me a place to work. Sure, I could have found a coffee shop, but that would have meant buying something to eat or drink and dealing with the surrounding racket.

Plus, there’s something special about humans interacting with one another when a book is involved. And I can’t even count all the times I’ve added five to seven books to my list when I visit the library. It feeds my desire.

These days, libraries are transforming. The New Jersey Library Association calls them creative spaces as they “shift their focus from the traditional warehouse of knowledge model to the more modern and innovative community space model.” This new approach is helping shape the STEAM (science, technology, engineering, art, and math) movement, which can only benefit kids and our current and future communities. And it makes them more than just a place to pick up and drop off books. It creates a space where people want to be and learn.

I grew up in a rural area outside of Festus, Mo. Because my parents didn’t live in the “city” of Festus and pay city taxes, we didn’t have free access to the local library. Sad times, my friends. I was lucky that my parents generally bought me whatever books I asked for, which was a lot. (They believed it was better than buying me all of the clothes I wanted, and they were right.) But not every kid is that lucky. 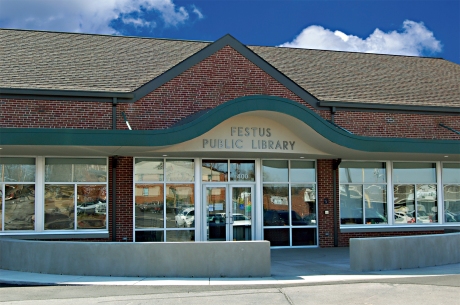 Outsiders could buy library cards though, so my parents did that one year because my sister needed internet access for a school project. At that time, it wasn’t available in rural Missouri. I’ll never forget the first day I went to the library. I think I picked out about 10 books to take home after reading in the quiet kids corner. I couldn’t wait to go back.

But that library card didn’t last forever, and it wasn’t until I moved to Brooklyn in 2014 that I became a card holder for the first time. That was a glorious day. In fact, I tweeted about it. Since then, the Brooklyn, Jersey City, and Festus (even now it still helps me!) libraries have combined provided me with about 100 books, allowed me to print my writing portfolio, helped me get my passport, and so much more.

So if anybody wants to argue that New Jersey passing this ballot initiative was irresponsible in light of its current financial situation, please tell that to all of the state’s patrons who use the library every single day. Without the library, I wouldn’t have this blog, and I’d probably have binged 10 more shows on Netflix by now. My brain, my community, and my state are better because of it. So thank you, libraries. 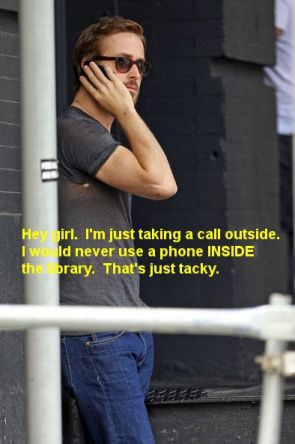