This year contained many ups and many downs, so it’s hard to say how I really feel about 2018. One thing I am positive about though is that this year was full of fantastic reads. Twenty-six books fell into my hands these past 365 days, and it’s time I share with my loyal readers the definitive ranking of every book I read this year. Now let’s get down to business!

The latest in a new series, “Storied,” which captures my own initiative to read the greatest books in American literature, Fahrenheit 451 was far from the greatest as it bored and confused me and didn’t meet my expectations of literary greatness. A big womp womp at the end of this one.

Forest Dark was another book that had been amped up so high for me only to come crashing down as its poetic writing failed to carry its lacking plot. But it did move Israel up higher on my never-ending travel bucket list, so at least there’s that.

24. One Summer Day in Rome by Mark Lamprell

The details of the delightful and historical Italian city in this novel give me nostalgia, but considering the clichés and ultimate cheese, that’s about all it gives me. I guess amore can’t be found everywhere.

Similar to #25, Sing, Unburied, Sing had some beautiful lines, but this one went a bit too far for me. Without clarity, the prose in this critically acclaimed novel left me lost when an intriguing story was present from page one. 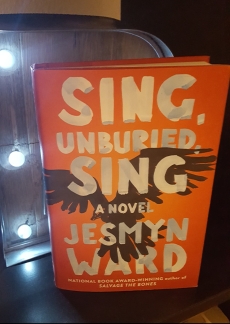 22. The Forever War by Joe Haldeman

You know the whole “It’s me, not you” breakup line? That’s how I felt about my boyfriend’s pick for me, The Forever War. I love the concept and message behind it, but they couldn’t compensate for my inexperience with sci-fi.

21. Miss You by Kate Eberlen

Oh another novel I read during my Italian dream week. I was fully enthralled with Kate Eberlen’s funny, sweet, and heartbreaking chick lit … all the way until the last 30 pages when the ending failed to live up to the rest of the book.

20. The Underwriting by Michelle Miller

My years in finance have taught me not to be ashamed to love money or to get pleasure from reading about it, so the concept of The Underwriting caught my attention. But all the sex, money, booze, and fun in the world can’t offset clichés and less-than writing.

19. The Ninth Hour by Alice McDermott

Alice McDermott pits love and sin against one another in this historical fiction novel that expertly creates complex characters while failing to give them the time (and pages) they deserve for a fully fleshed-out story. 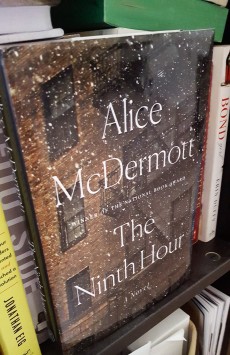 So many of the two- and three-flame books I read this year had disappointing endings, which is how I felt about Warlight. Ondaatje can write better than most, hence his Booker Prize nomination, but his plot twists need some fine-tuning.

My overall opinion of Kevin Kwan’s second book in his mega trilogy probably was reviewed a little unfairly, but it was impossible to not compare it to its predecessor, Crazy Rich Asians. With its over-the-top plot and details, it couldn’t match the joy that books one and three gave me.

Louisa Clark is one of the best characters to have ever been created, and I’m so happy Jojo Moyes has continued her story. The novel’s bumpy plot doesn’t allure like Me Before You, but I enjoyed the third installment nonetheless. 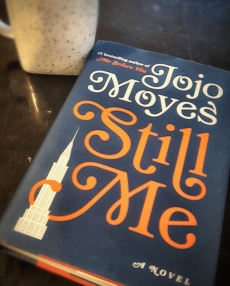 15. The Birth of Venus by Sarah Dunant

I read The Birth of Venus after some serious Italy withdrawals, and it was a solid cure. Some historical fiction, an engaging plot, some sexy, some Florence, and I was good to go (back to Italy of course).

Could Tiffany Haddish be the kryptonite for my anti-memoir feelings? If anybody could do it, it’s her, and I sure am glad I gave the genre a chance with this hilarious and beautiful human being whose life has been anything but easy. 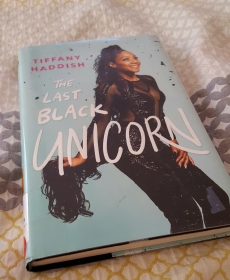 13. The Wife by Meg Wolitzer

Sure, life is hard, but that doesn’t mean you shouldn’t laugh at it sometimes. That’s exactly what Meg Wolitzer does in The Wife, which mixes humor, reality, and relationships in a detailed and enjoyable drama.

12. The Futures by Anna Pitoniak

11. To Kill a Mockingbird by Harper Lee

I started “Storied” for literary greats, such as To Kill a Mockingbird. It was everything I hoped it would be, and its sad relevance 60 years after being published wasn’t lost on me.

10. An American Marriage by Tayari Jones

An American Marriage has been on many best-of-2018 lists and rightfully so. Its messages are colored by gray, forcing readers to see that sometimes there really isn’t a right answer and that we should never try interpreting someone else’s experience. Rather, we should listen. 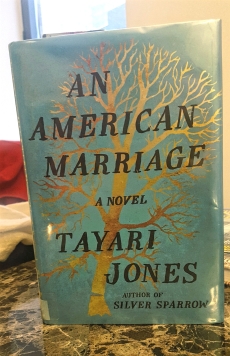 Oh how Eleanor Oliphant touched my life. Not only was she one of my favorite characters I met this year, but her story raised important questions about mental health and our perceptions of it. This is one of those books we all need to read.

8. The Women in the Castle by Jessica Shattuck

We also need to read historical fiction hits, such as The Women in the Castle. By reading the stories of three very different German women during WWII, we see just how important history is to present-day society and that everyone has a story to tell.

While nonfiction has a limited appearance on the list, I’m happy one of the two books is The Good Girls Revolt, the powerful recap of what happened when the women of Newsweek fought back against discrimination and masculinity and won. Let’s hear it for the ladies (and all the fighting that remains)!

6. All We Ever Wanted by Emily Giffin

My obsession with Emily Giffin is no joke. That obsession only grew when I met her at a Q&A in June to promote her new book, which somehow combined nearly every current issue into a compelling story. This woman really cannot be stopped.

The book that started it all. When I look back on 2018, I will surely remember everything related to Crazy Rich Asians, including the movie, which gave the book a run for its money. Kevin Kwan, I’ll forever be grateful for the details, the fun characters, and, of course, the money diaries you gave in this captivating series.

I honestly can’t say it better than I did in my June review: In Exit West, Mohsin Hamid has “created existential poetry as his words reach down to the core of human emotion and make you experience exactly what the characters are feeling: anxiety, stress, and the overwhelming sense that you’re just going through the motions.” This guy is a full-fledged writer.

3. My Dear Hamilton by Stephanie Dray and Laura Kamoie

I talked about this book nonstop for weeks. It had me talking about history, about Hamilton, about how two writers somehow combined forces to create one of the best novels in 2018, etc., etc. This one brought out all of the feels in me, and I’ve never been happier that a book took over my life like My Dear Hamilton did.

I didn’t think Kevin Kwan could get any better after his debut, but he proved me wrong. While all of the great characteristics from books one and two are still present in Rich People Problems, Kwan gives us more with plot twists on nearly every page and while speaking broadly about Asian identity.

I boldly claimed, after turning the final page in Little Fires Everywhere, that this was my favorite book of all time. Even though my strong feelings toward Ann Patchett’s Commonwealth have reemerged, making it a close call, I am certain that Celeste Ng is a genius and that the story she tells of a common tale — gossip — is the furthest thing from common. It’s pure magic on every page, and I thank her for that. 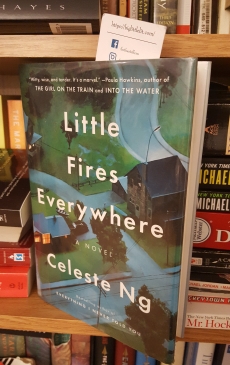 Happy New Year to every Big Little Lit reader, and thank you for supporting and reading with me this year. I can’t wait for another amazing year of books with you. Send me all of your 2019 recs with a comment below!

I made a resolution for 2020 to become more sustainable. But after reading Richard Powers' 2018 novel, "The Overstory" (and snorkeling with 🐠 in Turks and Caicos), this resolution escalated and became a necessity. • This novel tells the story of nine characters who become inspired by trees' evolutionary prowess and become obsessed with saving them. It has powerful imagery and symbolism and some of the most beautiful language I've ever read. Yes, it is long (502 pages to be exact), but if it can change lives like it changed mine, then it is worth every page. Check out my latest review for more! Link in bio. • #biglittleliterature #bookstagram #fiction #environmentalfiction #environment #gogreen💚 #richardpowers #theoverstory #welovebooks📚 #sustainability